This is a two-part story, followed soon by coverage on the upcoming United States vs. France set.

This year’s Mario Kart World Cup proved to be bigger and better than ever before. More teams competing, more matches to cover, more surprising results, the list goes on. After four straight weeks of competing against countries from around the world, the final four teams stand in the spotlight.

The identity of these four teams should be no surprise. Whether you are a seasoned veteran or a brand-new rookie to all things MK8DX, everyone is well aware of the final four teams and their unyielding strength. Familiar faces are spread amongst teams United States, France, Japan and Mexico; all that stands between them and the gold is each other.

How did each team make it this far? Does a certain team have a shot at the gold? Will there be a massive upset on our hands? It has been two years since the last MK8DX World Cup and the MK8DX community eagerly awaits to learn all of these answers, and more. The time has finally arrived. Let’s take an in-depth look at these final four teams, as we approach the Mario Kart World Cup Semifinals happening this weekend. 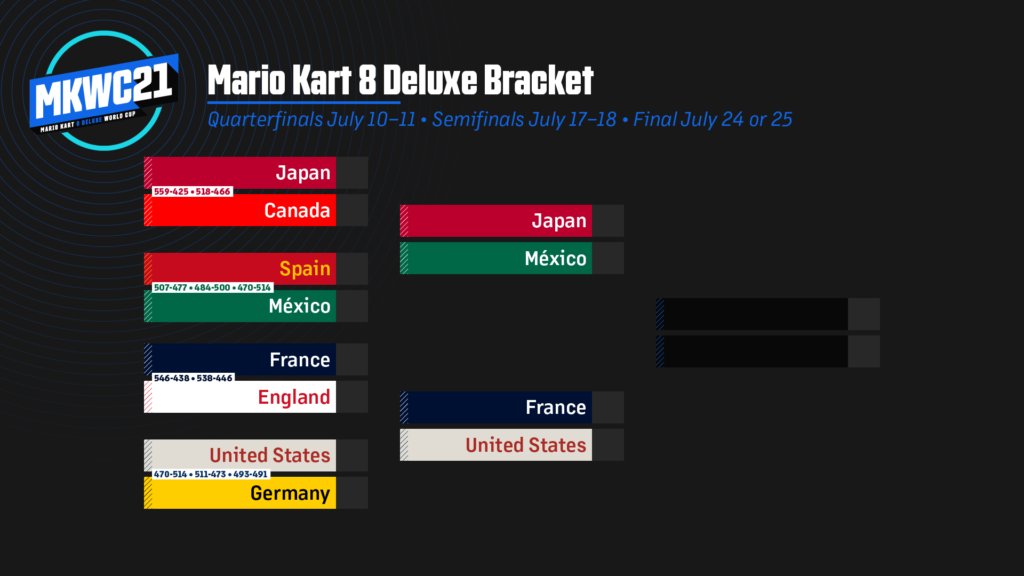 Japan’s presence, not only as a thriving community but also as a dominant force, is well-known across the entire globe. Japan has participated in every single Mario Kart 8 World Cup since 2014, climbing the bracket and claiming the gold again and again each time. Their roster took weeks to prepare and finalize, but here we have the final twelve who are ready to play the final match before reaching the Finals once more. 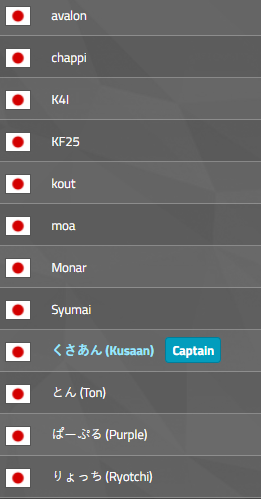 “We can say that we are doing well. Japan has won all of the World Cups so far, and of course our goal this year is to win,” Japan‘s captain Avalon states,” We are aware that the Mario Kart World Cup is an important event in the Japanese Mario Kart competitive scene, and we have prepared for it with great care: from the selection of the team’s members to the daily scrims.”

Japan made their way into Group E of the Group Stage and wrecked havoc onto the opposition. They dominated their group, going 4-0 against teams Germany, Switzerland, China and Australia as they proceeded to the Bracket Stage with ease. It is interesting to note that Japan has the distinction of earning the highest +/- differential out of the four different groups, with a +638 differential.

Currently, it looks like Japan is an unbeatable, unstoppable force. However, even Japan‘s captain is aware that they aren’t invincible. “[…] With the increase in the number of great players in each country over the past two years, I don’t feel as secure as in previous years,” Avalon notes,” I feel that France, in particular, is currently an equal force to Japan.”

Last week, Japan defeated Canada 2-0 in the Quarterfinals. However, this 2-0 was not an easy win. During their match, it appears that Canada discovered Japan‘s weakness: their inability to sandbag for important items. Avalon noted that this stems from the Japanese ruleset being far different compared to the West, which forbids players from lapping and potentially start sandbagging for items. They were unable to prevent Canada from sandbagging, which nearly cost them Game 2 as Canada closed the differential gap. However, Japan was still able to recover and defeat Canada. 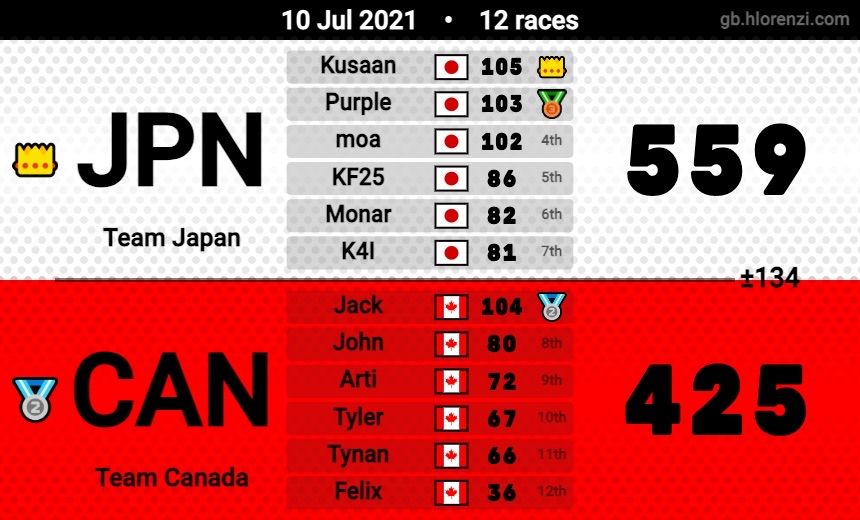 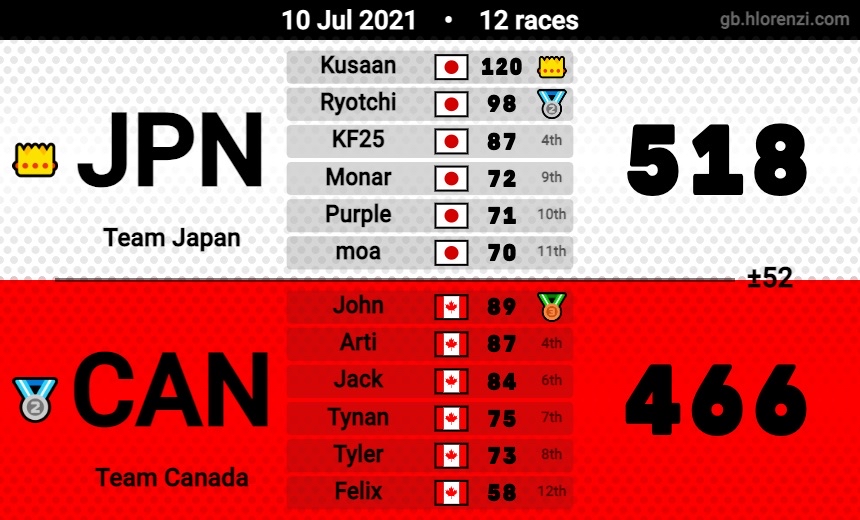 Even though that Japan‘s weakness may have been potentially revealed, Avalon replies that “[Canada vs. Japan] convinced [him] that there is still hope for Japan to become stronger in all aspects.”

Mexico remains a fierce competitor after all these years participating in the Mario Kart 8 World Cup. The community there is prosperous as well, with a majority of the community being apart of DON (a sub team). DON’s members make up the bulk of Mexico’s roster, as a tightly knitted community translates into strong chemistry and success. Here we have the twelve members representing Mexico, who are one win away from making history for reaching the Finals for the first time.

“We warred daily during the Group Phase and watched streams about our next opponents,” Mexico’s captain Chibi stated, “You know, what tracks they like and how they use their items.”

Mexico began their journey in Group F of the Group Stage; it was not an easy group by all means, with staple national teams such as France, Italy, Eastern Europe and Belgium also being seeded here. Mexico was able to sweep through all teams France, who returned the favor by sweeping Mexico and preventing them from going 4-0 in the group. Nonetheless, this loss meant nothing for Mexico as the 3-1 was all that was needed to advance to the Bracket Stage. 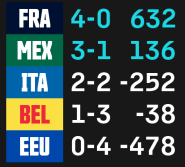 “It’s been a good tourney for us so far,” Chibi stated, “We’ve learned some things good and bad […] which made me realize how strong of a team we’ve become.”

Last week, Mexico defeated Spain 2-1 in the Quarterfinals. While Spain was considered the favorite of this match and won Game 1, Mexico was able to turn the tides in the last two races of Game 2 through sandbagging and calling two shocks that were able to secure the win. Mexico then carried the momentum into Game 3 and proceeded to mop the floor with Spain, granting them the Best of 3 win. 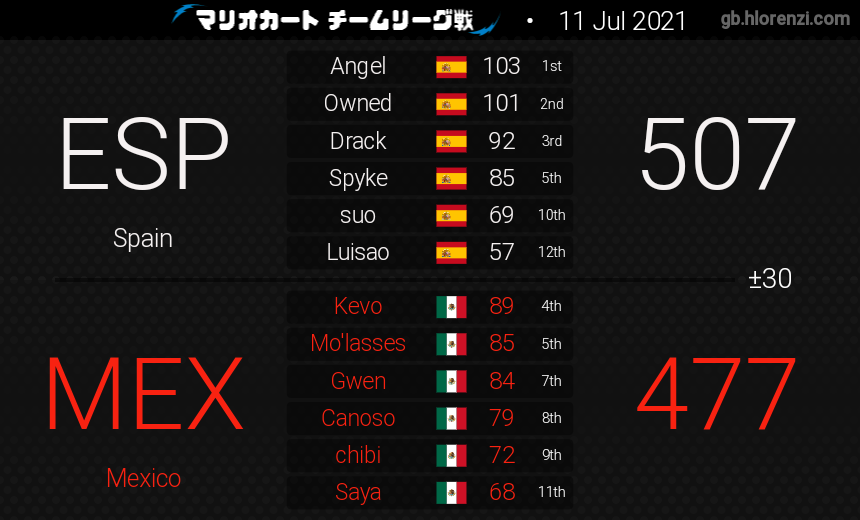 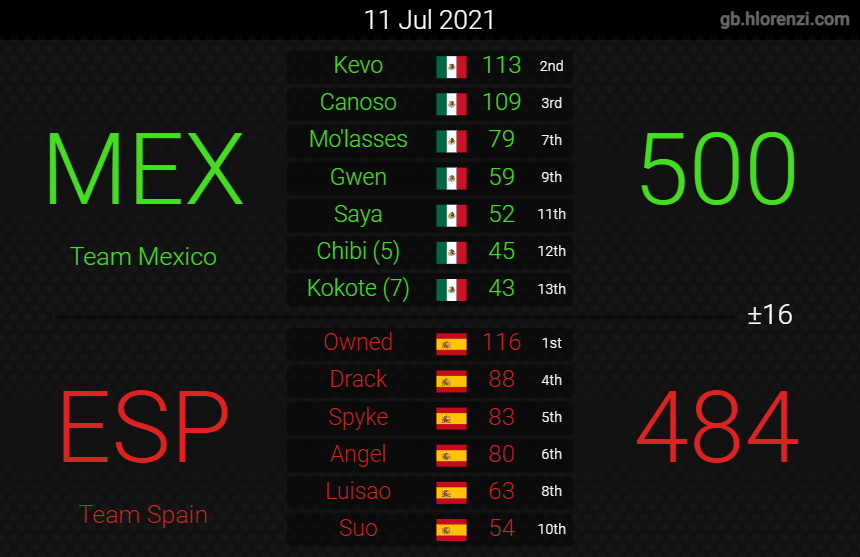 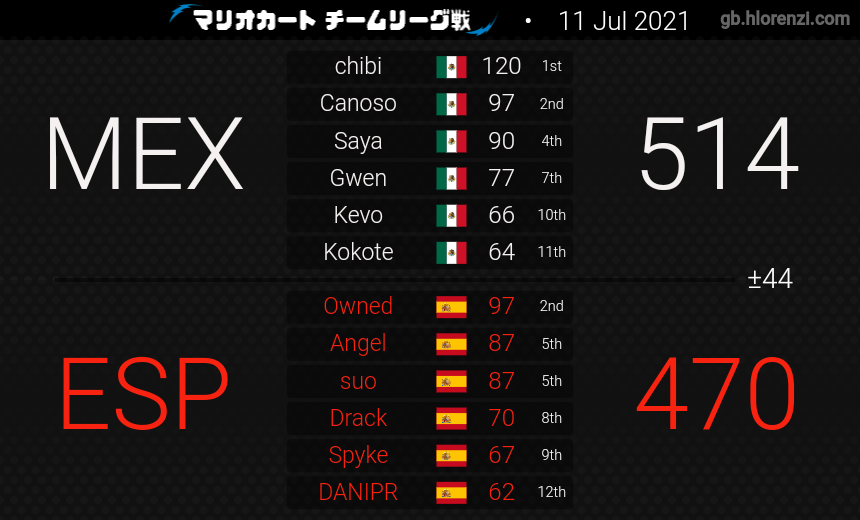 “Everyone knows there’s a little rivalry between [Spain and Mexico] to see who is the better Hispanic team,” Chibi says,”[…] beating them was one of the most satisfying things in the world. We also want to congratulate them because they really did a good job in the Best of 3, it wasn’t easy to beat them!”

On paper, it appears that Japan is the clear favorite here, however, Mexico should not be counted out of winning at all. Mexico can counter Japan through the same method they used against Spain last week with sandbagging. Canada had picked up onto something and Mexico should be ready to use it again with full force. This can be deadly for Japan if they aren’t prepared to counter Mexico‘s bagging tactics.

It will be very interesting to see how this match will unfold. Will Japan run away with the competition? Or will Mexico sandbag their way to a massive upset? Only time will tell. 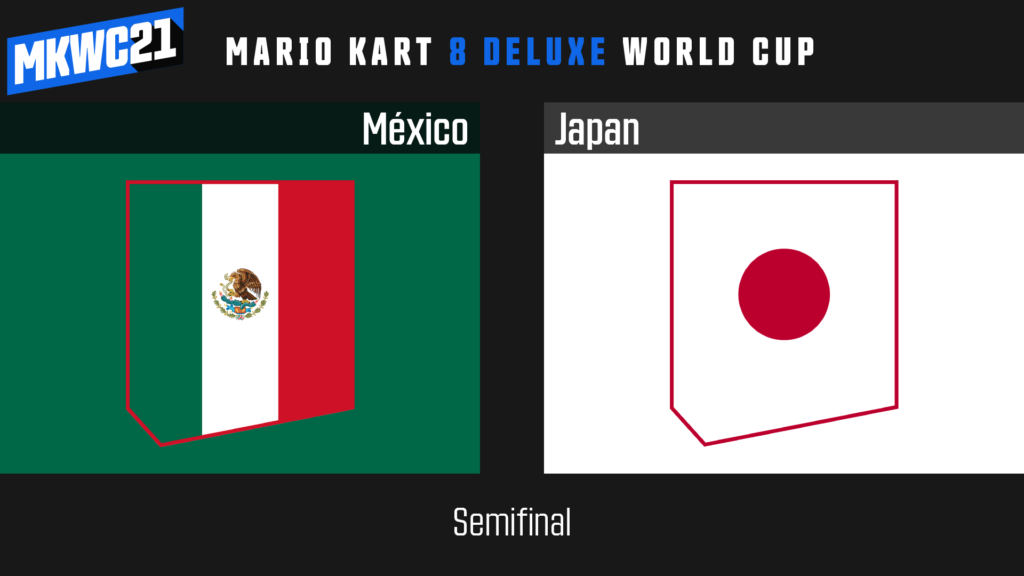 As we close out this first part of the Mario Kart 8 World Cup Semifinals story, here are some quick quotes from the team captains regarding the match that lies up ahead.

MEX Chibi: “We know Japan is probably the strongest team in the tournament, but we also know they’re not unstoppable so we’re going to do our best against them and see what happens.”

JPN Avalon: “Mexico has some players to watch out for. We will fight with all of our might.” 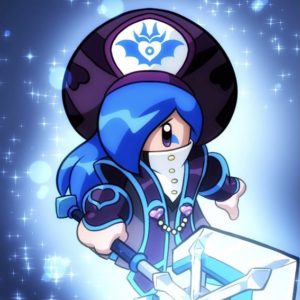