Information for attendees of the Splatoon tournament at Riptide 2021.

These settings should only need to be configured once. If you run into issues, feel free to redo these settings and call over your pool captain.

This tournament is run on smash.gg, where you will see your station assignments for tournament play. Log in to your smash.gg account and visit your dashboard.

Go to your Riptide dashboard on smash.gg

We will call out over speakers when stations and matches are assigned at the start of each round.

You are given 5 minutes after being assigned a station on smash.gg to begin your match—this means that, after 5 minutes, you should have a host added and be starting a match. TOs are allowed to take a game off a team for every 5 minutes a team is late.

Make sure you know who your pool captain is! They’ll be your first source for information on how to navigate smash.gg, where matches are, and to whom you should report scores or issues.

A TM1 mixer is installed at each tournament station to distribute voice chat.

1. Connect your headset’s microphone and headphone jacks to the front of the channel that corresponds to your setup. If your headset does not have two jacks, you’ll need a Y-splitter; several are available.

2. Connect the corresponding Game In cable from the back into the headphone jack on your Switch. If you plugged into channel 1 on the front, the channel 1 cable on the back must be used, and so on.

If you need to make audio level adjustments:

There are three waves of pools (Waves D and E on Friday, Wave G on Saturday). Play is round-robin. Teams progress as follows:

* Two pools in Wave G only have three teams.

If necessary, any tiebreakers will be played at 4pm.

The top two teams will play in the Bronze Final at 6pm.

The final bracket is double-elimination and features 16 teams: the ten pool winners and six redemption teams.

From Top 8 forward (for all matches on Sunday from the winners semifinals and losers round 3 on), counterpicks are in effect: 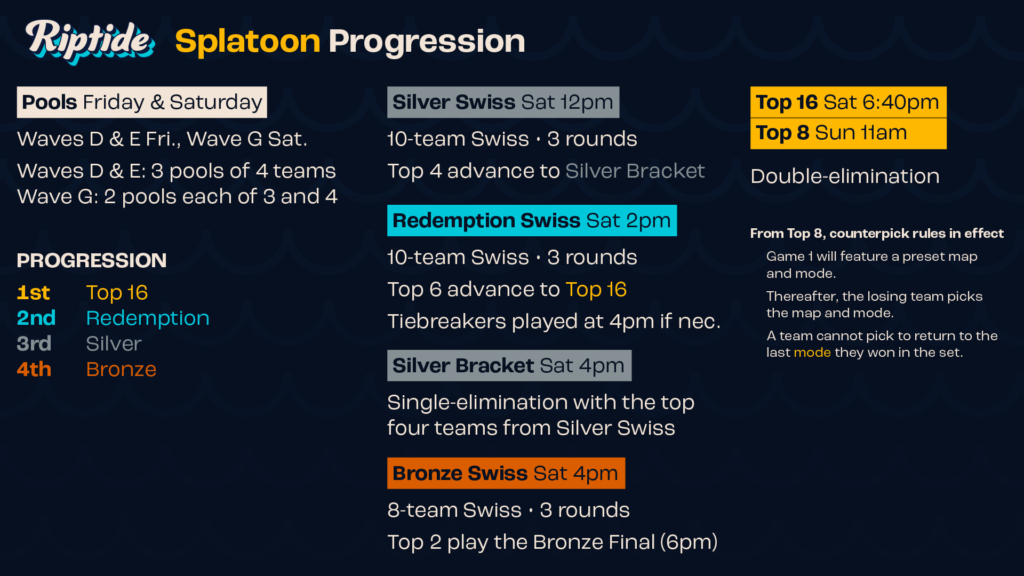 Note: After Game 1, all matches use counterpicks. Refer to the rules above. 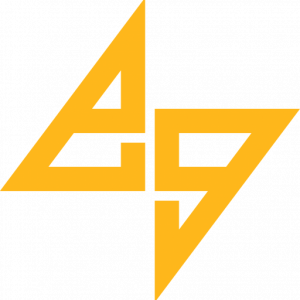